17 Comments on Honey and Turpentine Vs. Each Other’s Guitars, Some More

So, this might end up being the only BVB sequence ever where it’s Arsenic who’s being the most responsible-acting character in the room.

18 Comments on Turpentine vs. Her Day Job

Check out this adorable pixel Honey Hart that my pal Sarah sent me! I made a page for fanart to collect a couple of things that people have drawn for me. Awesome.

God, this makes me want to play a NES Band Vs. Band game…or maybe make one. 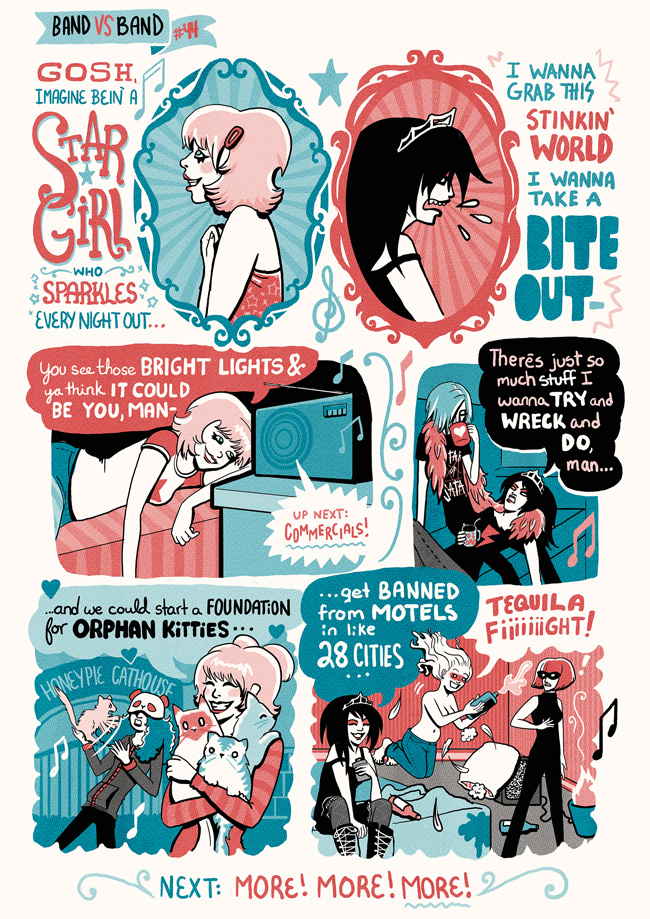 12 Comments on Dreams vs. Dreams!

Happy birthday, BVB! I started making these around the end of November last year as part of an attempt to get myself just generally drawing more, and I couldn’t have predicted that’d I’d fall crazy in love with them. I also wasn’t expecting anyone else but me to really dig it! This comic has been one of the best parts of the past year for me, and it just warms my little heart that it keeps getting positive reactions from friends, acquaintances, family (ha ha, yep, my family’s seen all the smutty ones) and rad internet people. Love you all.

My New Comic Year resolution is to maybe put an actual schedule on these things and do more of them — because seriously, I want to tell a million pastel cartoon band stories. Onward!

Something else I’ve been meaning to mention: one of my activity pages is in the current issue of ROCKSALT, a free comics newspaper that you can pick up in Austin, Texas! Which I’ve never set foot in! This is the work of my unstoppable best comixpal Jeanne and her crew, and I’m delighted to be this weird lone Canadian connection to it. 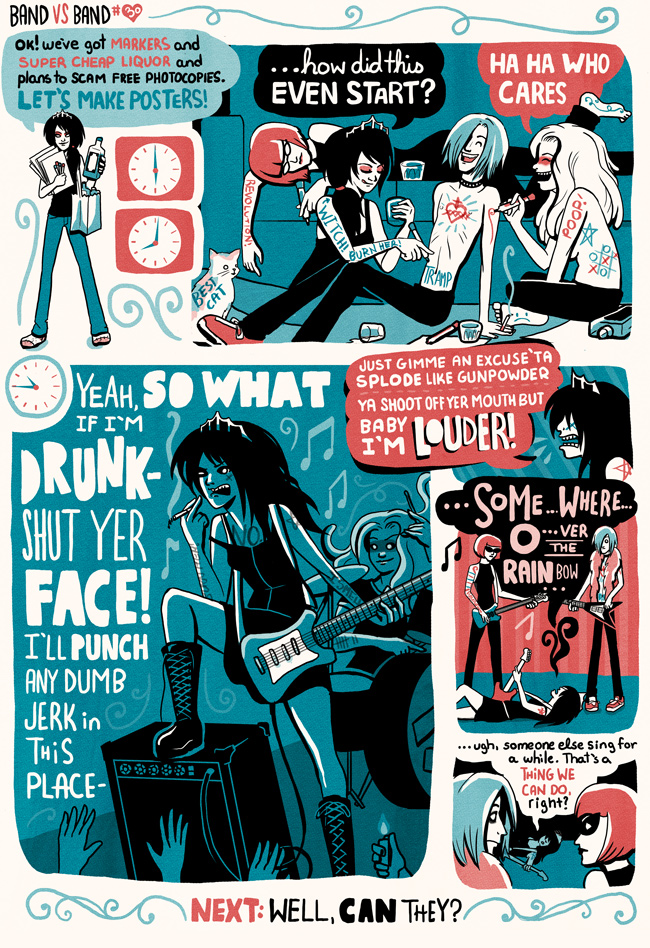 2 Comments on Skin Vs. Markers

I’m pretty sure that part of the reason people would go see this band is that they’re prone to unpredictable antics.

This one was the biggest challenge yet to the self-imposed No Swears law of these comics (which I think, overall, makes it funnier in this retro sort of way…). It was actually a real challenge to keep what they’re graffiti-ing on each other relatively clean.

Notes: Turpentine just smokes when she’s drinking, whereas Arsenic smokes basically whenever he doesn’t have anything else in his mouth. 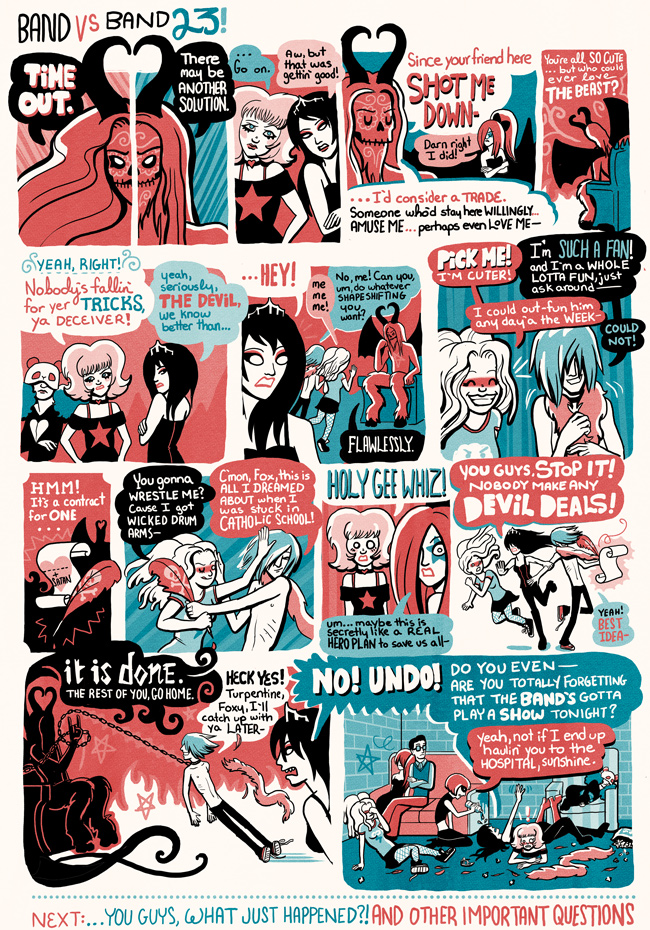